Formed in 2007, the Quatuor Cambini-Paris, one of the rare string quartets to play on period instruments, has quickly established itself in today’s musical landscape thanks to the richness of its repertoire.

The quartet is admired for both its performances of the acknowledged masterpieces of Haydn, Mozart, Beethoven and Mendelssohn and its rediscovery of forgotten French composers such as Jadin, David and Gouvy.

In order to reproduce as closely as possible the musical conditions which the composers knew in their day, the Quatuor Cambini-Paris plays on instruments strung with gut and uses bows appropriate to each epoch.

By choosing the name of Giuseppe Maria Cambini (1746-1825), a violinist and composer of 155 string quartets, the Quatuor Cambini-Paris bears witness to its interest in exploring the stylistic developments of the Classical and Romantic periods.

The quartet has performed in the most renowned venues and festivals, including the Frick Collection in New York, the Philips Collection in Washington, DC, the Salle Bourgie in the Montreal Museum of Fine Arts, the Palazzetto Bru Zane in Venice, the Marble Palace in St Petersburg, the Opéra Comique, Auditorium du Louvre and Musée d’Orsay in Paris, Versailles Palace (Centre de Musique Baroque de Versailles), the Théâtre de Caen, the Arsenal in Metz, the Concertgebouw in Bruges, the Amuz Music Centre in Antwerp, De Bijloke in Ghent, the French Institutes in Vienna and Budapest, and the festivals of Deauville, Sablé-sur-Sarthe, L’Épau, Radio France Occitanie Montpellier, Saintes and Newbury.

The recordings of the Quatuor Cambini-Paris have enjoyed critical acclaim, with such awards as 4 stars in Classica, ffff Télérama, Diapason ‘Découverte’, ‘Disc of the Month’ in Classic Voice and ‘Coup de Cœur’ in the radio programme Carrefour de Lodéon and Concertclassic as well. They include Mozart’s six ‘Haydn’ Quartets (Ambroisie-Naïve), works by Théodore Gouvy (CD-book Palazzetto Bru Zane), Félicien David (Ambroisie-Naïve) and Hyacinthe Jadin (Timpani) and a contribution to the set ‘200 Years of Music at Versailles’ (MBF).

At the start of the 2016/17 season, the Quatuor Cambini-Paris embarked on the ambitious project of performing all 68 string quartets of Joseph Haydn at the Théâtre de Caen over a period of eight years. These concerts, presented by Clément Lebrun, allow the audience to join the musicians in a participatory and sensory experience.

The Quatuor Cambini-Paris is supported by the French Ministry of Culture and Communication, the Région Île-de-France, the Caisse des Dépôts (principal sponsor), the Banque de France, the endowment fund Françoise Kahn-Hamm, the association Adopt a Musician and the Club Olympe sponsors. It is associate artist at the Singer-Polignac Foundation in Paris. The Palazzetto Bru Zane (Centre de Musique Romantique Française) in Venice enjoys a special rapport with them. 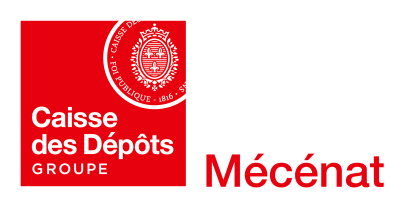